Fact of the Day: Americans are so fixated on social networks that they spend an average of 16 minutes out of every hour on them, according to a study by Experian Marketing Services. In the U.S., 27% of users' time online is spent on forums and social networks, like Facebook, Twitter and Instagram, Experian said. U.S. social networking numbers have held fairly steady over the last few years. Experian reported that social media took up 30% of Americans' time in 2011 and 27% last year.

A social networking service is an online service, platform, or site that focuses on facilitating the building of social networks or social relations among people who, for example, share interests, activities, backgrounds, or real-life connections. SNS - for Social Networking Service

1. What is Social Networking? Do you prefer online communication with Internet users to any meeting with friends? What social networking websites do use in your practice (MySpace, FriendWise, FriendFinder, Yahoo! 360, Facebook, Orkut, and Classmates, Linkedin)? Do you share your interests in hobbies, religion, politics and any private information with others?

2. Do you like to load your private information with pics on Facebook (Twitter, etc.) or simply e-mail and instant messaging when you need to interact with your friends? What is a popularity of social networks in your country?

3. Are there any dangers associated with social networking including data theft and viruses? Have you ever experienced intervention of online predators or individuals who claim to be someone that they are not in social networking websites? Are you aware of your cyber-surroundings and who you are talking to? Do you safely enjoy social networking online?

4. Have you ever thought about security and trust in social networking? What do you think about “openness” of social networks? (Socialcam application automatically shares with your Facebook friends videos you watch, etc.). Anybody can post any picture of you on Facebook at any time. Even if it has been deleted, it is there forever, stored in vast Internet memory bank to be found again and again.

5. Have you ever managed your account? Are you sure that what you are sharing or posting now is not going to cause regret? What do you think about privacy on social network websites?

6. Do you agree with the following statement: “Social networking surveillance: trust no one”? Do you worry about your data security but still trust social networks? Could any of social networks users be at risk of cyber fraud? Can any personal information be harvested and exploited by a determined cybercriminal?

Many people still do not believe they are a target for cybercriminals, with 51 percent of all respondents claiming they are not at risk of cyber fraud, and 28 percent believing there is no value in the information posted on their social networking pages.

Although the majority of people (71 percent) are worried about the amount of personal information held online, a significant proportion would still share confidential information with people they didn’t know, with almost a third (32 percent) stating they would send a password, bank account number or their mother’s maiden name via email or a social networking website, say the result of a recent Faronics survey exploring UK web users’ attitudes to online security. While 46 percent of Facebook users have customized their privacy settings, just 20 percent of those on LinkedIn have controlled who can view the information on their profiles. 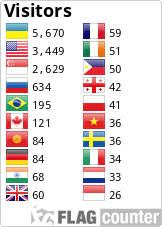